We make a living by what we get, but we make a life by what we give.
There is no such thing as a good tax.
Some see private enterprise as a predatory target to be shot, others as a cow to be milked, but few are those who see it as a sturdy horse pulling the wagon.
The inherent vice of capitalism is the unequal sharing of blessings; the inherent virtue of socialism is the equal sharing of miseries.
We contend that for a nation to tax itself into prosperity is like a man standing in a bucket and trying to lift himself up by the handle.
An appeaser is one who feeds a crocodile—hoping it will eat him last.
The problems of victory are more agreeable than the problems of defeat, but they are no less difficult.

From now on, ending a sentence with a preposition is something up with which I shall not put.
A fanatic is one who can’t change his mind and won’t change the subject.
Bessie Braddock: “Sir, you are drunk.”
Churchill: “Madam, you are ugly. In the morning, I shall be sober.”
Nancy Astor: “Sir, if you were my husband, I would give you poison.”
Churchill: “If I were your husband I would take it.”
A lie gets halfway around the world before the truth has a chance to get its pants on.
Once in a while you will stumble upon the truth but most of us manage to pick ourselves up and hurry along as if nothing had happened.
If you are going to go through hell, keep going.
It is a good thing for an uneducated man to read books of quotations.
You have enemies? Good. That means you’ve stood up for something, sometime in your life.
If you have ten thousand regulations, you destroy all respect for the law.
You can always count on Americans to do the right thing—after they’ve tried everything else.
History will be kind to me for I intend to write it.
Writing a book is an adventure. To begin with, it is a toy and an amusement; then it becomes a mistress, and then it becomes a master, and then a tyrant. The last phase is that just as you are about to be reconciled to your servitude, you kill the monster, and fling him out to the public.
The farther backward you can look, the farther forward you are likely to see.
A sheep in sheep’s clothing. (On Clement Atlee)
A modest man, who has much to be modest about. (On Clement Atlee)
I am ready to meet my Maker. Whether my Maker is prepared for the ordeal of meeting me is another matter.
The truth is incontrovertible, malice may attack it, ignorance may deride it, but in the end; there it is.
A pessimist sees the difficulty in every opportunity; an optimist sees the opportunity in every difficulty.
To improve is to change; to be perfect is to change often.
Politics is the ability to foretell what is going to happen tomorrow, next week, next month and next year. And to have the ability afterwards to explain why it didn’t happen.
Socialism is a philosophy of failure, the creed of ignorance, and the gospel of envy.
Solitary trees, if they grow at all, grow strong.
Success consists of going from failure to failure without loss of enthusiasm.
The best argument against democracy is a five-minute conversation with the average voter.
It has been said that democracy is the worst form of government except all the others that have been tried.
Everyone has his day and some days last longer than others.
The whole history of the world is summed up in the fact that, when nations are strong, they are not always just, and when they wish to be just, they are no longer strong.

From Stettin in the Baltic to Trieste in the Adriatic, an iron curtain has descended across the Continent.
-“The Sinews of Peace” speech, Westminster College, Fulton, Missouri, March 5, 1945

If Hitler invaded hell I would make at least a favorable reference to the devil in the House of Commons.
Those who can win a war well can rarely make a good peace and those who could make a good peace would never have won the war.
Courage is the first of human qualities because it is the quality that guarantees all the others.
The problems of victory are more agreeable than those of defeat, but they are no less difficult.
If you will not fight for right when you can easily win without blood shed; if you will not fight when your victory is sure and not too costly; you may come to the moment when you will have to fight with all the odds against you and only a precarious chance of survival. There may even be a worse case. You may have to fight when there is no hope of victory, because it is better to perish than to live as slaves.
You ask, What is our policy? I will say; “It is to wage war, by sea, land and air, with all our might and with all the strength that God can give us: to wage war against a monstrous tyranny, never surpassed in the dark lamentable catalogue of human crime. That is our policy.” You ask, What is our aim? I can answer with one word: Victory—victory at all costs, victory in spite of all terror, victory however long and hard the road may be; for without victory there is no survival.
We shall not flag or fail. We shall go on to the end. We shall fight in France, we shall fight on the seas and the oceans, we shall fight with growing confidence and growing strength in the air, we shall defend our island, whatever the cost may be. We shall fight on the beaches, we shall fight on the landing grounds, we shall fight in the fields and in the streets, we shall fight in the hills; we shall never surrender.

Hitler knows that he will have to break us in this island or lose the war. If we can stand up to him, all Europe may be free and life of the world may move forward into broad, sunlit uplands. But if we fall, then the whole world, including the United States, including all that we have known and cared for, will sink into the abyss of a new Dark Age made more sinister, and perhaps more protracted, by the lights of perverted science.
Let us therefore brace ourselves to our duties, and so bear ourselves that, if the British Empire and its Commonwealth lasts for a thousand years, men will still say, “This was their finest hour!” 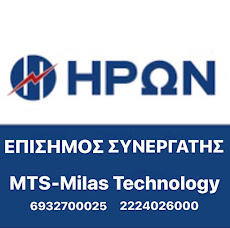 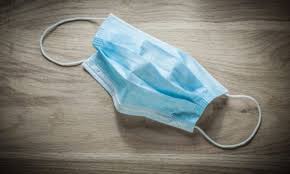