"The girl who was crying a lot"

After she had cried for quite some time, she felt much better and looked around through the wetness of her eyes. She saw the sun up in the sky, she saw the sea sparkling  a few meters away, she saw the seagulls having a parade on the banks of the little stream which was flowing into the sea, and a couple of  elegant swans  floating  idly away.

Jenny  was just 10 , but as long as she could remember herself, she cried for every possible reason.  She cried, for example, because her mum had told her off, because her brother had teased her , because her father had forgotten to kiss her goodnight, or because her best friend went to play with other children. That particular noon, she cried because her teacher had told her that she had to try more and study harder. That was a huge offense for her little heart and felt embarrassed  and unhappy. However, after crying for almost half an hour, she still couldn’t decide if she was crying because she felt offended or because she didn’t have the slightest intention to try more and become a better student.
At last, she went back home and sat at the table with her family. They were all talking and laughing at the same time and she got confused! “ What is going on?” she thought. “ What have I missed?”  She was ready to start crying again when her father showed  her an ad  in the newspaper. “Look Jenny! This  mostly interests you! “ 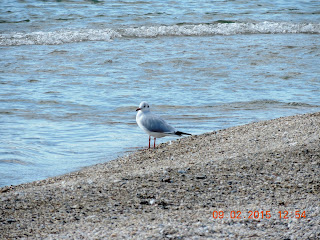 That was such  a strong shock  that it made her stop crying and started thinking about where her trainers might be. Finally she remembered putting them in a box under her bed and after she had finished peeling the onions , she ran to put them on, and then she   went to play and find shells.
That night she had a lot to think about, and the next morning  she woke up even better the previous one.
By the third, a lot had  changed and Jenny felt emotionally stronger, not to mention a much better onion peeler!
When they waved Sam goodbye , she smiled at him with all the warmth of her heart, and she knew that she owed it  to him that she had now more friends at school and that her best friend didn’t neclect to call her to play during breaks.
The lemon tree stopped  being her favourite hiding place and she knew that she could also be a much better student.

Strategies for handling the urge to cry

Here are some general strategies that you may want to share with your child for when he or she feels like crying in public.
-  Breathe deeply. Slow, deep breaths can be very calming. Help your child practice breathing slowly and quietly, in through the nose, out through the mouth.
- Count. Silently counting floor tiles, reciting even numbers, or doing mental math facts can be a good distraction to help your child get back on even keel.
- Take a break. Sometimes the best way to regain self-control is to step away from the situation. Your child could go to the bathroom or get a drink of water.
- Self-comfort. Tell your child to cross arms and give him- or herself a subtle little hug while thinking a comforting thought such as, “I’ll be okay,” “I can get through this,” or “Pretty soon I’ll be home and can tell Mom or Dad about this.”